Rocha John Rocha -
grab a bargain while you can!

Today I’ve got a little gem for you - if you’re a completist when it comes to the Tennant ties!

A reader has highlighted an eBay listing from a seller who trades in surplus stock. 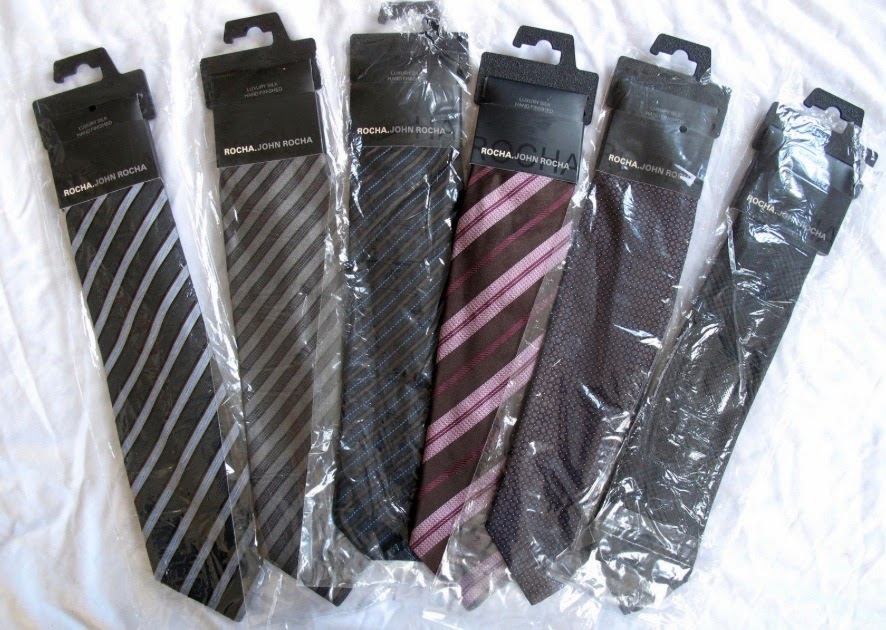 They are selling a range of Rocha John Rocha ties, among them is the tie bought by costume designer Louise Page, but which ultimately went unused.
The unused tie then sold as part of a job lot at the Bonhams 2010 Doctor Who auction.

The tie was initially selling for £9.99 - an absolute bargain! 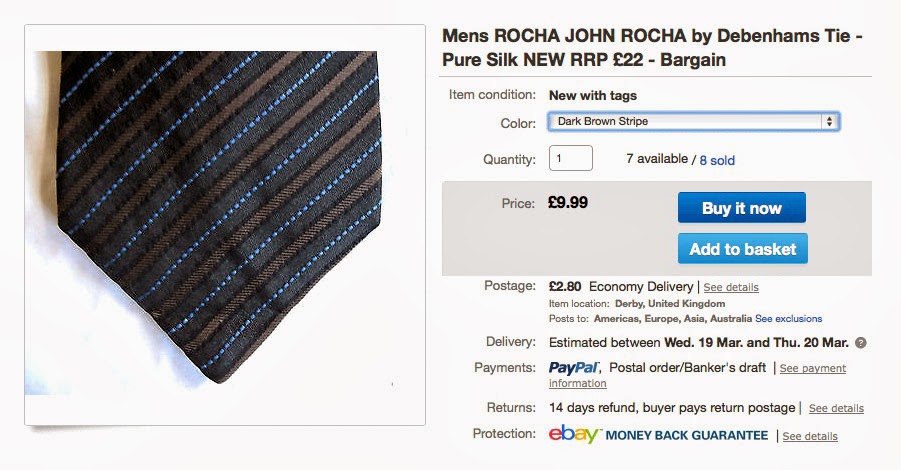 They had a few for sale, and after being told of the Doctor Who connection, restocked with over a dozen of the ties - at the higher price of £17.99!

You can buy the tie through the original listing (above) or a new dedicated listing (below). 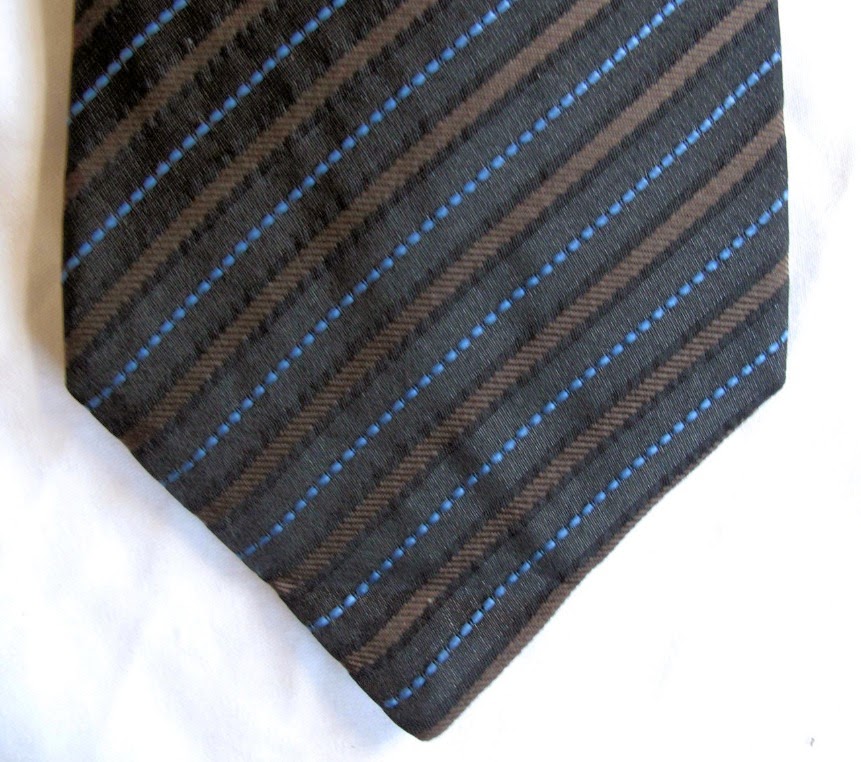 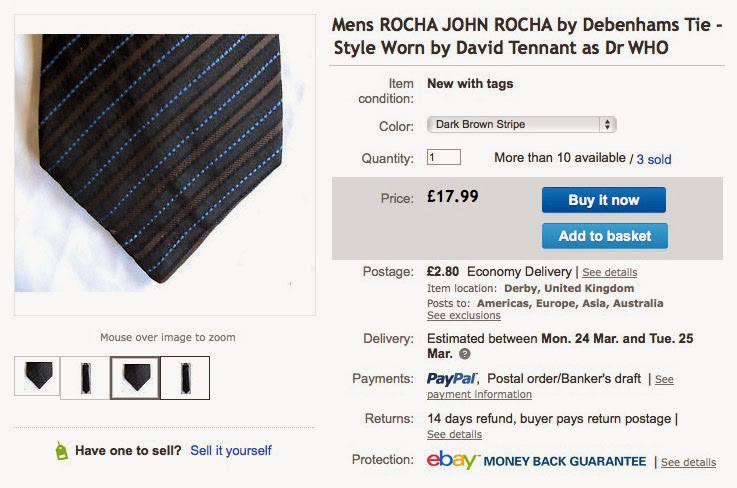 Posted by Steven Ricks Tailoring at 21:47