The Mystery Of The Fourth Tie 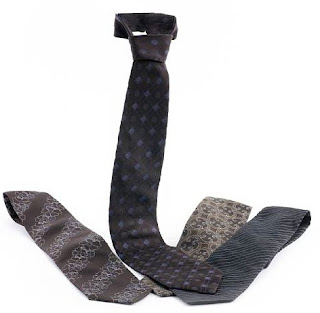 Back in Feburary 2010, when the Bonhams Doctor Who Costume Auction took place, there was a great little lot consisting of four ties ‘worn by David Tennant’.
The episodes listed in the catalogue were New Earth (tie second from left); Age of Steel (incorrect); and Impossible Planet (again, incorrect).

The ties correct attribution were: (left to right) Utopia, New Earth, The Idiot’s Lantern, . . .  and a fourth tie.

I say, ‘fourth’ tie because it does not, to my knowledge, appear in any broadcast episode.
If it does, it is not worn by David Tennant.
There is a possibility it was either worn by another cast member, and wrongly labelled in the auction, or it was bought as part of the costume department’s shopping spree, but never used. 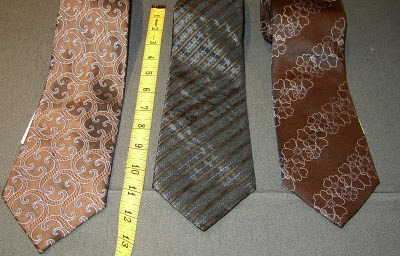