The tie that never was on eBay

Now I’d be the first to admit this is a bit of a non-story since this tie was never screen-worn.

But two of the Rocha John Rocha ties as sold at the infamous Bonhams auction in 2010 (see right), were recently sold on eBay. 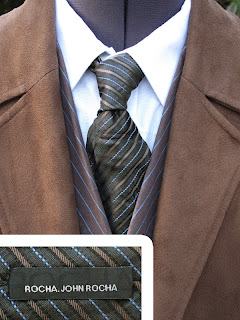 Although she never used it, the tie fell within the rules that costume designer Louise Page set herself - dark brown accented with light blue to reflect the brown suit with blue pinstripes.

You can see here how it could have worked with the suit and overcoat. 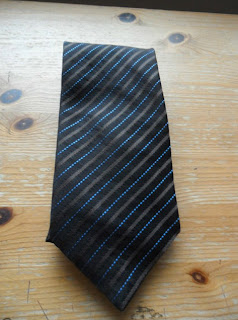 THIS IS A LOVELY TIE, DARK BROWN WITH BRIGHT BLUE BROKEN STRIPE PATTERN, AND IS MADE OF 100% SILK, HAS A CREASED EFFECT, IS LINED, AND IS DRY CLEAN ONLY 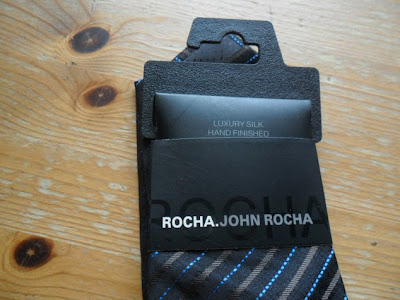 Posted by Steven Ricks Tailoring at 15:01