After a long absence I see another St George by Duffer tie has hit eBay.

As I deviously reported, ties like this have often reached prices such as £92 and £112. 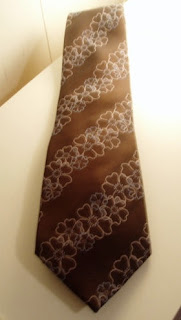 The US seller of this tie was a bit more savvy than previous, and clearly knew what he had and its worth.

This time around there was a bidder’s dilemma – either bid conventionally, starting at $99, or buy it outright for $349.

I noticed that a bidder did both, by placing a maiden bid then revising it to the BuyItNow price, which at £224.94 is by far the highest one of these ties has gone for.