This past weekend was the San Diego Comic Con.

It’s one of the biggest conventions in the US, and is a major draw for the cosplay community. All manner of costumes from every show you can think of and as many you have never heard of get to be paraded around the venue. 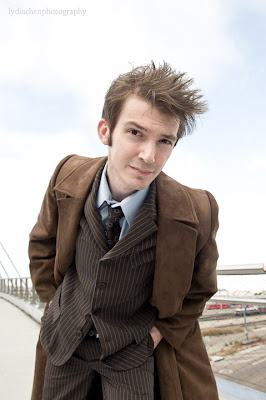 One costume you will know if you read this blog is the Ultimate Tennant Suit, worn by Kevin Coppa.

During the weekend he had the chance to get some great portrait shots taken by Lydia Chen.

Here are the photos she took, while Kevin picks up the story to the photoshoot. 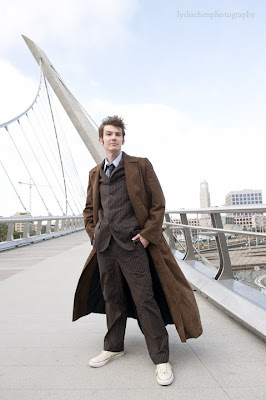 So I got to take the Ultimate Tennant suit to The San Diego Comic Con 2011. Steve had done an incredible job as always and after he and I both got to show it off in public for the first time at Gallifrey One 2010, it was time to take it to it’s sophomore geek-gathering. 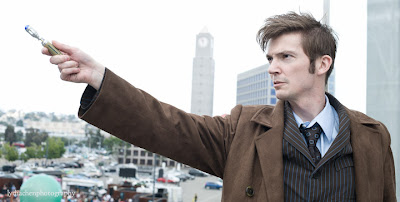 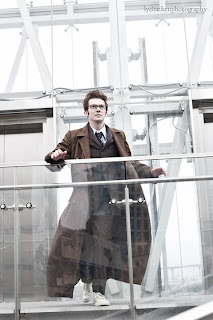 I have to say the reactions I got were unlike any I’ve ever received before- and while I don’t mean to sound pretentious by any means, I am used to getting attention for the accident of looking similar to the popular Tenth Doctor... Just not like this! I’m convinced Steve’s suit and flawless coat mixed with the hair style (which finally worked perfectly for me for a change!) really made people do a lot of double takes & kept me inundated with photo requests. 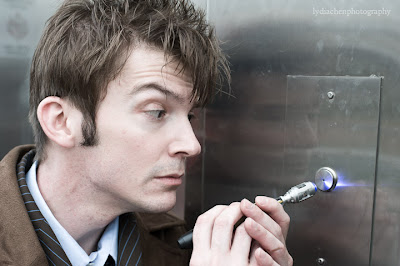 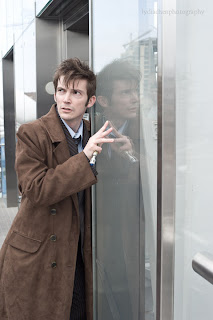 I met up with a good friend of mine, Lydia Chen for a photo shoot on the new foot bridge that was built on the southern end of the convention center just this year. She chose it herself since (at least to us Yanks) it looked awfully close to some of those in major cities of the UK or if nothing else, at least it looked similar to the shiny, glassy architecture often seen on the show. 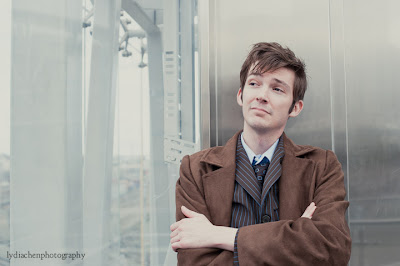 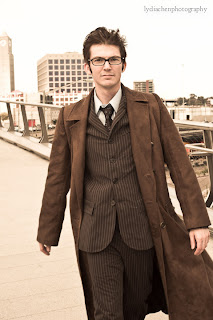 That bridge was covered with people from Comic Con but she really made it look isolated! The wind was also blowing pretty hard up there too. Usually that freaks me out since my "Who hair" and wind don't often mix well, but for once I think it actually helped a lot!

Again, I can’t say enough good things about Steve’s work and think the proof in the pictures. 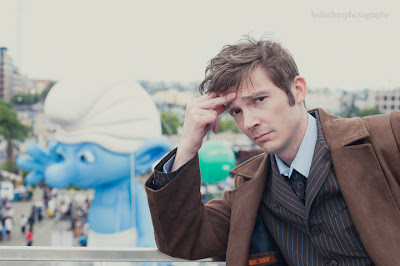 You can see more of Lydia Chen’s work
with the following link:
pinkcravat on deviantART

Posted by Steven Ricks Tailoring at 08:04