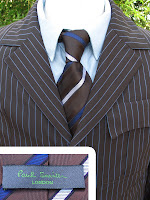 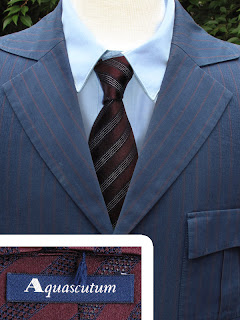 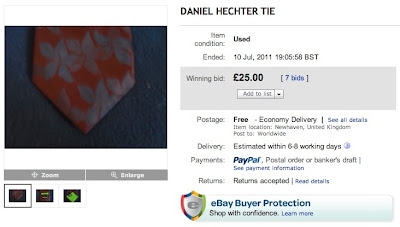 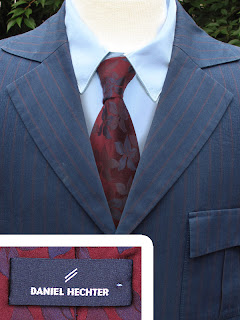 Another tie I found on eBay recently is a dead ringer for Tie Eight, one of the most sought after ties the Tenth Doctor ever wore.

Ironically it is by Daniel Hechter, the maker of Tie Two in my Tie Index.

The pattern is quite regular, but once tied into a traditional knot with the light catching it, it doesn’t look too bad.

Posted by Steven Ricks Tailoring at 21:35