The Ultimate Tennant Suit I made recently resulted in a fair bit of interest regarding the original GAP trousers.

I have had a number of emails from people who greatly appreciated knowing where the fabric was sourced from, stating that all they needed to do now was find the requisite number of pairs to make themselves a similar suit.
Annoyingly however, they were only a single-season garment from way back in 2005, so there is zero chance of walking into a branch now and finding a pair – even on their reduced to clear rail.

The only realistic option is eBay – which is how my client, Kevin Coppa, came by so many pairs himself. It was a lot of patience, and many hours trawling listing that eventually paid off.

And just to show it was NOT just a one-off, another client of mine, Jonathan Le Targat from Paris, has recently found another pair, this time on the French eBay site (see below). 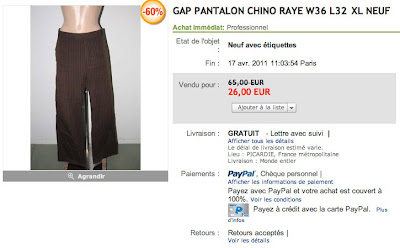 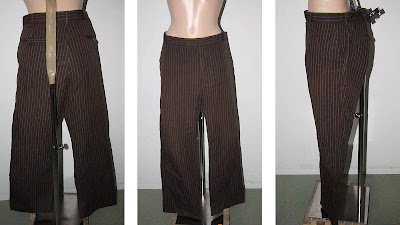 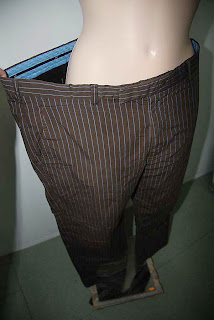 The listing was also accompanied by a number of detail photographs of the trousers, including the label, which shows the trousers 36 waist and 32 inside leg (see below).

Being a large sized pair they are perfect for making the front panels of the jacket and set Jonathan on his way to assembling pieces of his suit jigsaw – only five pairs to go!!!! 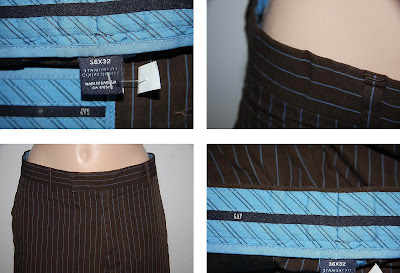 Finally, here are some pictures Jonathan took on receiving his trousers. 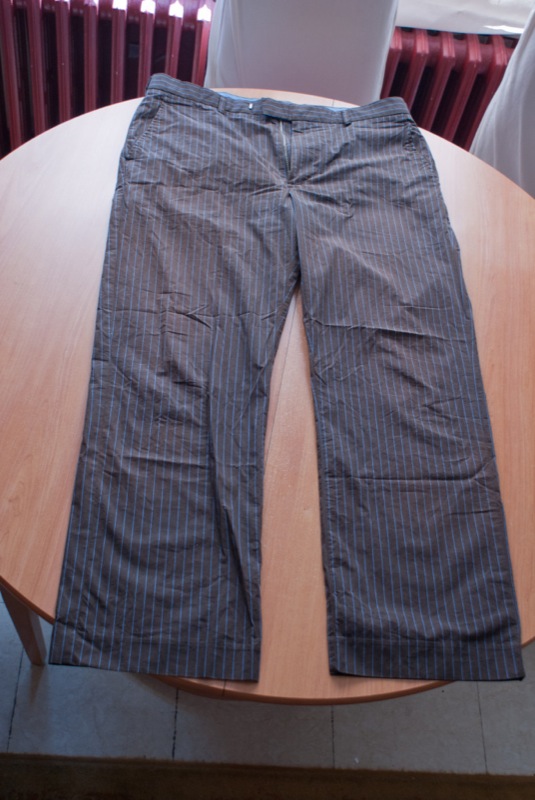 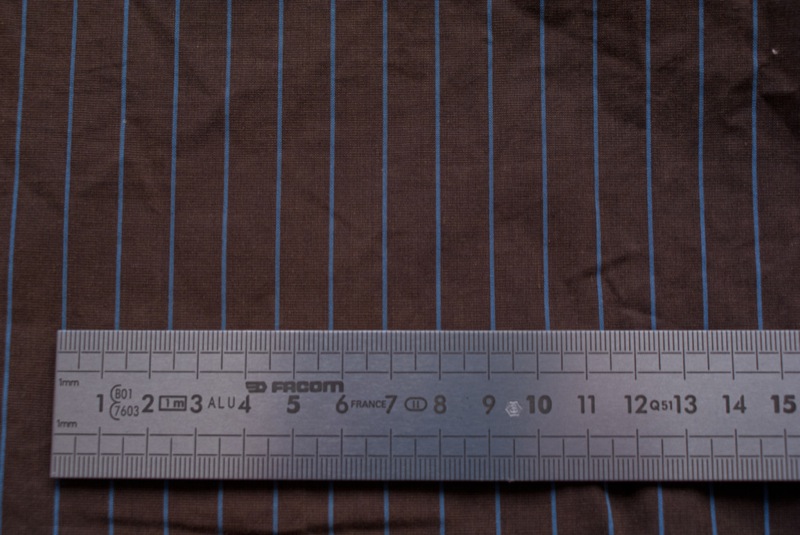 Posted by Steven Ricks Tailoring at 18:49