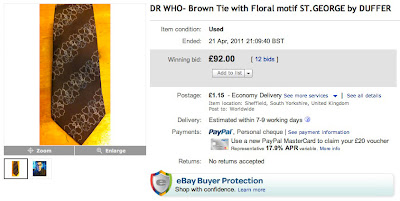 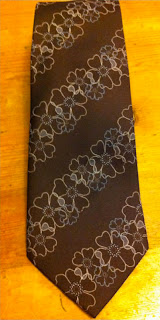 Then this week saw a rare chance to grab a Thomas Nash tie. 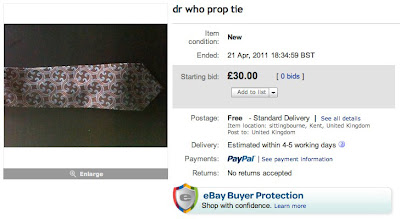 The tie had been identified following the sale of an original at the Bonhams Doctor Who Sale in February last year.

Although Tie Five in my Tie Index it only appeared in one episode, The Idiot’s Lantern, I think it is quite a popular one to find.

As far as I know it has been a long time since one of these ties (if ever) has been available for sale on eBay, so this was an opportunity not to be missed, as four bidders can attest to as they slogged it out over the seven says of the auction.

How anyone could find it is a mystery, as it had the shortest listing title imaginable for such a desirable item. It was simply called dr who prop tie.

Anyway, after reaching £250 in only three days, it stuck there until the last minute when it was sniped for £255! 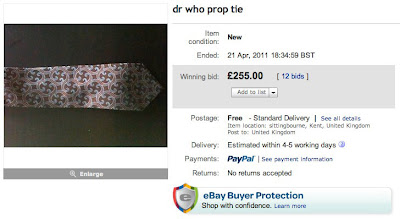