Time for a little confession. 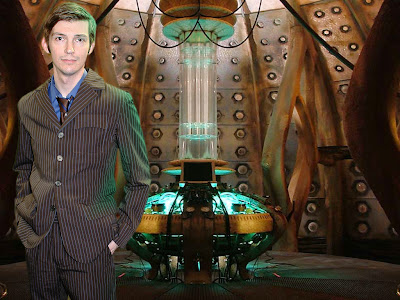 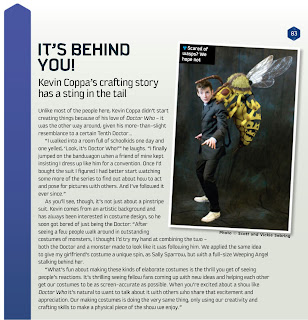 The Ultimate Tennant Suit I have made over the past couple of months wasn’t actually for me – it was a commission from a US-based client, Kevin Coppa.

He is quite an active cosplayer and regularly attends the North America conventions dressed as Ten (though until now in a Magnoli suit and Honest Dragon coat).

He recently was featured in the SFX Magazine Special, showing off his pet wasp! (see above).

The suit has now been delivered in time for him to attend the Gallifrey Convention in Los Angeles this coming weekend (18th to 20th February 2011) where if you are going you can catch up with him and see the suit for yourself.

Kevin will be part of the TARDIS Wardrobe: Costuming as the Doctor panel at 5.30pm on the Friday, along with fellow cospalyers Bob Mitsch, Lizz Dial, Van Donovan and Scott Sebring.

I’ll be getting a report on how this went after the weekend, and will post details of it here soon after.

In the meantime, some rough-and-ready pictures of Kevin in his new suit are shown here, giving a decent enough result to create the composite at the start of this entry!

Posted by Steven Ricks Tailoring at 21:30