This week is issue five of Titan Comics’ New Adventures With The Tenth Doctor.
I didn’t report on last month’s issue as it didn’t have any covers worth mentioning, but this issue does have an image worth flagging up.

It has the usual graphic art cover, but for subscribers only there is a second photo variant. 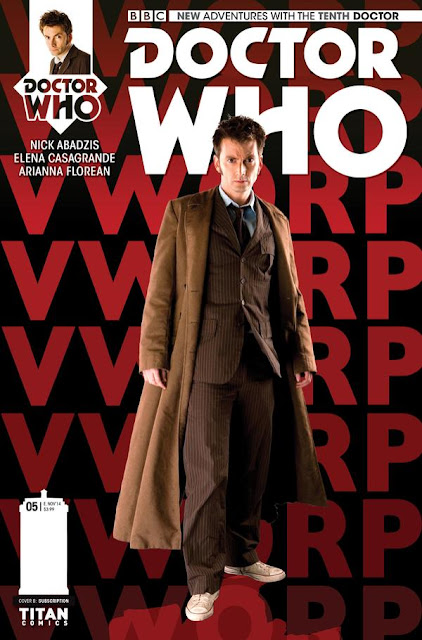 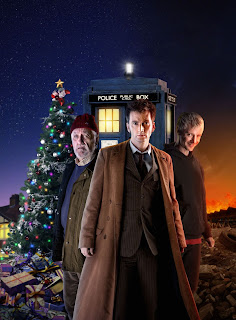 The photo cover version has a nice picture of David in full costume, taken from the archive of publicity stills used for The End Of Time in 2009.
The pose is the same, but the hang of the coat and suit is ever so slightly different - and here we see it head to toe for the first time.

Other shots from this shoot appeared on the DVD packaging for the series four specials.

Posted by Steven Ricks Tailoring at 17:36