Dinosaurs On A Golf Course!

This past week I have had a very welcome house guest in the form of Kevin Coppa, who I made the Ultimate Tennant suit for last year.
He’s here for a top secret project, but while in the country we have some special photoshoots planned. But more on that later. 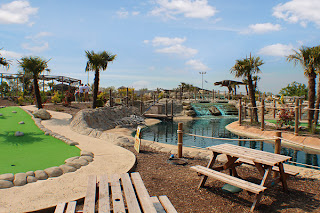 Just to get us warmed up, we visited a local golf course. Why? Cos it’s got dinosaurs!
Look closely and you can just see a T-Rex on the right side of this picture (see right).

My inspiration for doing the photo shoot comes from the Radio Times 10th Anniversary Special, which had a picture of Carole Ann Ford at the Crystal Palace Dinosaurs.
I’ve always wanted to see them myself, and as yet I still haven’t, so this will be a fun second best!

Now these aren’t your typical fibreglass static statues, these are rubber-skinned animatronic versions, though they do move a little ponderously.

These’s a number of dinosaurs around the course and I sought special permission to have a photoshoot with them. Here’s what we took. 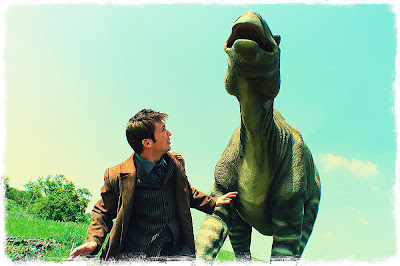 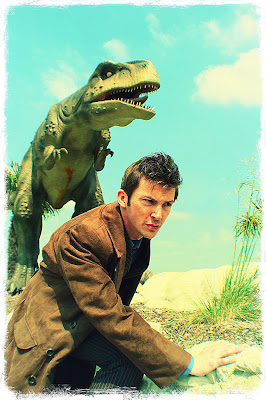 First we took some shots with an unidentified planet eater (see above), though The Doctor wasn’t taking any chances!

Creeping away, we are soon being threatened by a Tyrannosaurus Rex (see left).

We had a bit of fun here, and did some action photos (see below).

Out of the dozens we took, here’s my favourite. 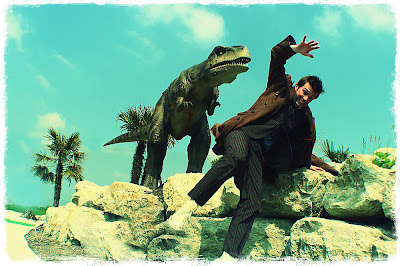 After the carnivorous Tyrannosaurus Rex, we were relieved to find nearby some smaller vegetarian dinosaurs. 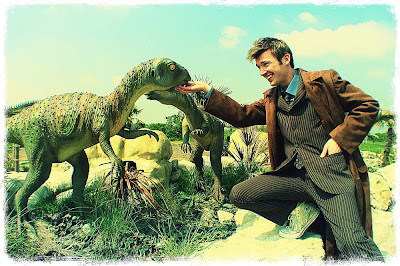 The next monster from the past was a bit of a lumbering oaf, causing our Doctor to do an impromptu John Knokes impersonation - “Oh! Get off me foot!” 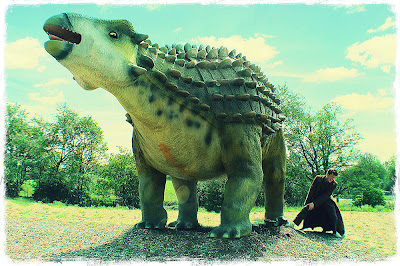 Finally we touched based with a Rapter that had been spying us the whole way around. That’s one beady eye its got there . . .. 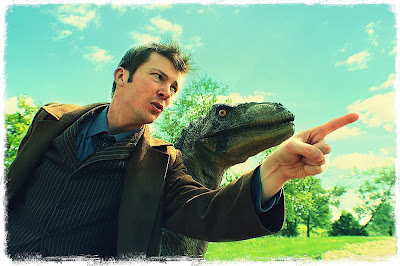 We had great fun and were impressed with the dinosaurs on display.

Thanks to the staff of A1 Golf who let us loose on their course, and thanks to the bemused golfers who couldn’t work out why Doctor Who would be running around a dinosaur park!


If you’re in the North London area, and have a craving to play crazy golf among the dinosaurs, then take a look at the A1 Golf Course website

Posted by Steven Ricks Tailoring at 21:22