If you’ve been following the Louise Page interviews on my suit recently, you will have heard all about ties David Tennant wore.

I’ve been limiting my questioning to the costumes worn by The Doctor, and there are still some more interview bites to come, so watch out for those. 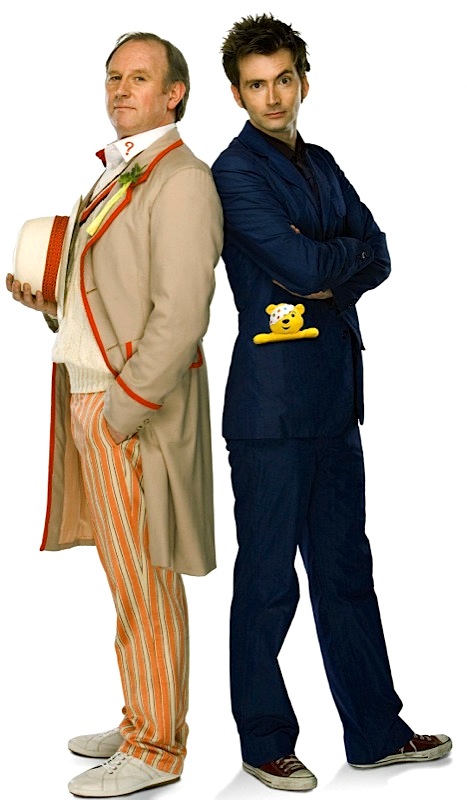 But before we hear more about David Tennant costume, I thought we’d discover the full story behind the dressing of another Doctor: the Fifth, played by Peter Davison.

In 2008 when Doctor Who participated in that year’s Children In Need of appeal, they approached Peter Davison to return to the role of The Doctor.

At first glance assembling the original costume was a relatively easy job, but Louise found nothing is ever really that simple.

Posted by Steven Ricks Tailoring at 12:04