SB6 Space Helmet - acquiring the base 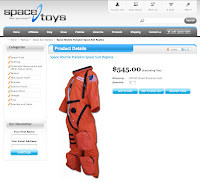 One of my readers contacted this week to ask questions and advise about the SB6 Space Suit, which came from US-based seller, Space Toys.

Personally I have never made myself such a suit, but I gave him the best advise I could - which is essentially not to buy it unless you are prepared for disappointment! 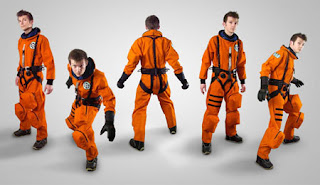 This was backed up by my friend Kevin Coppa, who also bought one of the suits, only to be disappointed. 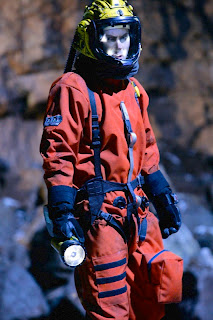 The suits aren’t made that well, something the Doctor Who costume department found out when their’s arrived from the States.

In fact the first outing for the suits (in The Impossible Planet) were actually remade from scratch by Louise Page and her team at very short notice. This was party because they weren’t what they expected, but also due to one of the lead actors was recast only a few days before filming started, and the replacement actress was much shorter than the original choice! 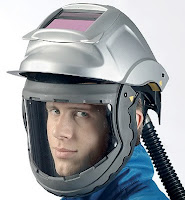 Anyway, my reader was also seeking one of the Scott Tornado T/Procap Headtop welding masks. This was used by the prop department as a base on which the SB6 helmets were built, and amazingly they are still available today.

He had found a company in the UK that sells them, but they do not ship to the US where he is based, so I agreed to act as a middleman and send it on using my FedEx account. 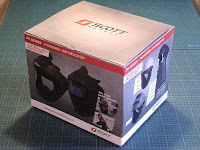 While I had it, I thought I’d take a few photos to share with the rest of my readers, in case anyone else is inspired to have a go at recreating one of these helmets themselves.

The helmet is the white moulded plastic part, and the grey visor hinges up over the head, but this is very stiff.

From what I can see, the visor and surrounding frame was little altered for use on Doctor Who, but the main helmet had to be enclosed round the neck before various moulded plastic attachments were added to make it look suitably spacey.

Inside, there is a chin strap to help keep the helmet in place when in use, as well as a fabric curtain at the rear, presumably to keep hair out of harms way.

At the back of the helmet, there is a connector where a hose can be attached. This then plugs into an extractor unit which pulls clean air over the face of the user.
The prop department kept this part of the design intact, and the appropriate hose connector is also available from the retailer. 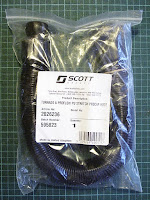 Here is the hose in its packaging.

I’ll be keen to find out how my reader gets on with creating his helmet, and hopefully when he’s done I’ll be able to share some pictures of his finished masterpiece!

If you want to order your own welding mask and hose to then adapt into a SB6 helmet, here is where we ordered it from. 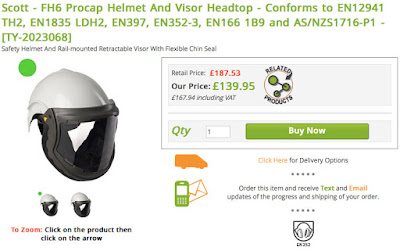 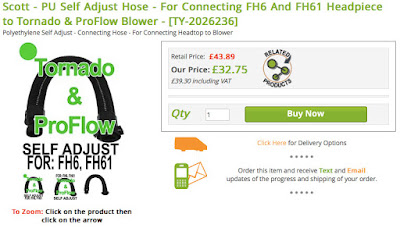 Posted by Steven Ricks Tailoring at 12:32