Titan comics first two issues of New Adventures With The Tenth Doctor gave us a couple of previously unseen portraits of The Doctor.

This month, to coincide with New York ComicCon, they are issuing a number of convention exclusive variant covers, including one for The Tenth Doctor. 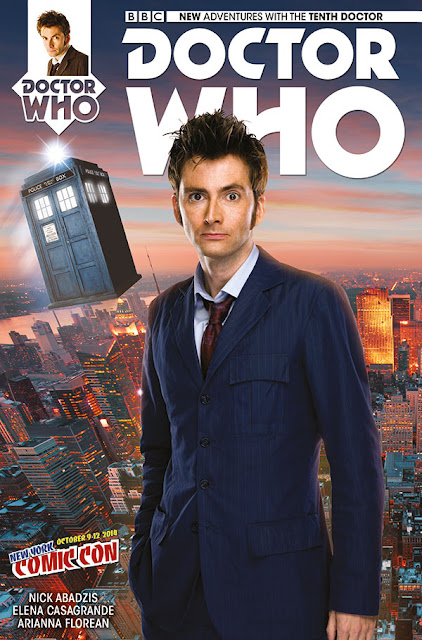 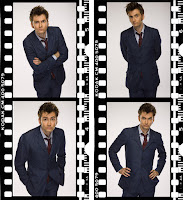 This exclusive cover uses a shot of David in his blue suit with the Nina Ricci tie from a round of publicity stills associated with mid series four. 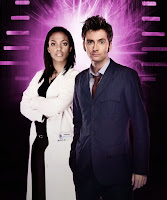 The specific image used was previously composited with a portrait of Frema to publicise The Sontaran Stratagem.

Posted by Steven Ricks Tailoring at 17:48