Me And My Tennant Suit - Michael Davis

I’ve recently kick-started my occasional series, Me And My Tennant Suit, with Dan Neumann sharing his Baron Boutique suit with us.

Now I have the youngest ever contributor to my blog, 13 year old Michael Davis. 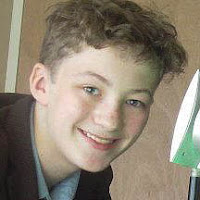 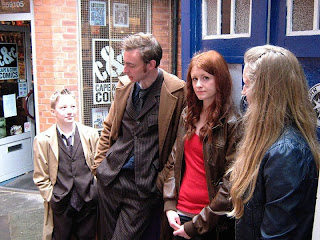 I got the suit and coat way back in July 2010. After looking for 6 years I had finaly found one on eBay. Believe it or not it’s just a wedding suit, with blue and white pin-stripes – but it’s still awesome! 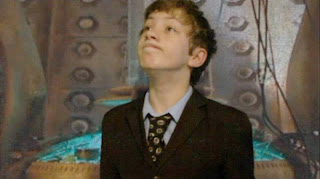 The reason I wanted a suit was because I saw Tennant and I loved his dress sense and I thought it would make me look very snazzy and because I saw Tony Coburn’s impression on YouTube and I wanted to do the same. So I begun my long search. 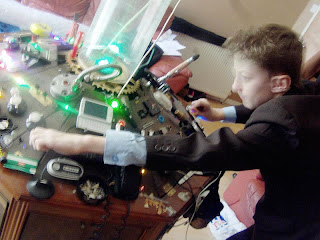 My first suit was a Blue suit jacket, with red pin-stripes (which is no longer with me). But I was mainly looking for a brown suit and considering my age I wanted the best I could get. and the brown suit I have now is as good as I can afford, for now atleast, in the future I hope to get a close match. 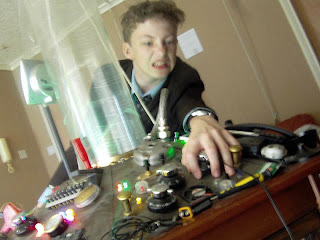 When I first bought the suit I made sure there was room for me to grow, so it didn’t brilliantly at first, infact the trousers were a pain, but as i’ve grown it’s got better. 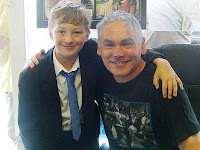 My favourite thing about the suit is the style. I like that there are flaps on the pockets for the brainy specs and inside ones, especially one for the sonic to go in, I getting out the sonic and acting like Ten. 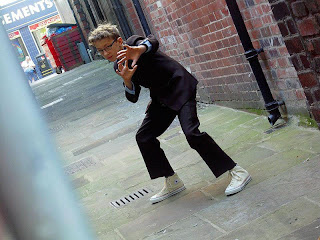 But of course there is room for improvement, the shade, the pin-stripes but luckily I’m getting a better one very soon. 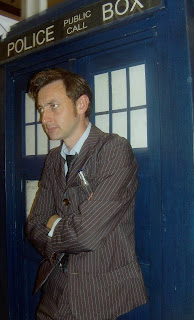 My best friend who is a lookalike, Richard Ashton, now has a perfect replica and he was selling his old blue and brown suits, he had selt the blue one and one day when I was in the car with him, whilest his wife went into a store, I told his lad, he could have my current one, then he asked would I like his old one.

The most exciting thing about my suit is the feel and the look, I love getting noticed, once in cardiff I was walking along and someone complimented my coat. and in may I was fangirled by 8 girls, WOW. At the moment I only have two Tennant suits, the brown suit and the tuxedo, a blue one is coming soon.

My gadgets I have are the sonic and of course the other props, I’m hoping to get the Celestial Toystore Sonic Screwdriver - not to mention I have a farious collection of replica ties, Tie four, five, seven and eleven, of course there is a story behind them, the first one I got was tie 11, I saw it one day last year in primark and thought bingo, tie 5 I saw whilest visiting my brother and tie's four and seven Richard has past onto me because he either no longer required them or he got Magnoli replicas. 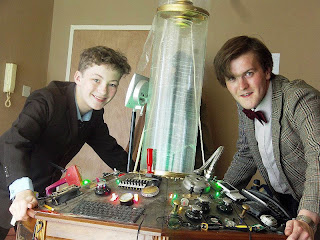 In my opinion a snappy Doctor can inspire people to follow the dress sense, all I can say is thank God for Louise Page, because she has inspired a new generation!
Posted by Steven Ricks Tailoring at 15:46