The next tie costume designer Louise Page will tell us about is the first to be worn with the blue suit, introduced in series three. 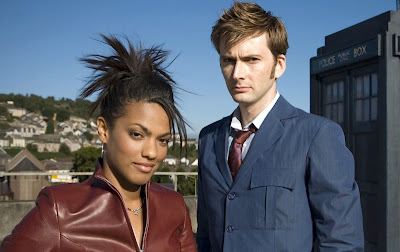 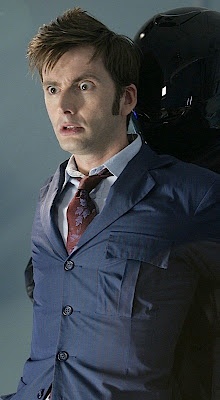 This beautiful tie, by designer Nina Ricci, was first seen in season opener Smith And Jones (see right), and cropped up again for the later two part story The Sontaran Stratagem and The Poison Sky.

It was notably worn in the Sarah Jane Adventures cross-over story The Wedding Of Sarah Jane Smith (see below).

This was the last time David Tennant went before the cameras as the Tenth Doctor.

Although it was shown before his departure in The End Of Time, due to the shooting schedules on the two series, it was actually shot after the regeneration scene had been filmed. 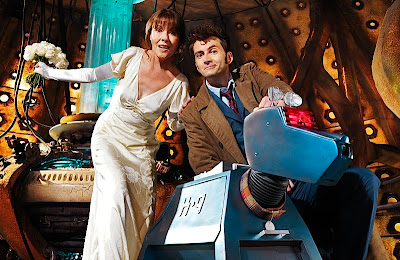 Louise explains her colour palette for the blue suit, as well as how it was decided which episodes it would specifically appear in.

Posted by Steven Ricks Tailoring at 03:00